Please be aware that I was very insistent that dad’s stories be shared with you verbatim…just as he wrote them. So a bit of punctuation has been added for your sake, but you’ll otherwise see they’re true to his handwritten originals—which comprise Part 2 of this book. Overall, it’s a bit like sitting around a campfire and having someone share their recollections with you while sipping a cup of coffee, or maybe a whiskey. And, in honoring my father, I hope you’ll similarly enjoy this off-the-cuff storytelling experience…these growing-up tales of his set here in Sonoma County in the early part of the twentieth century (where he ultimately spent his entire life). It’s my sincere privilege to share these with you, so thank you kindly, and now please permit me to introduce you to my father inside these pages, and in his own words… 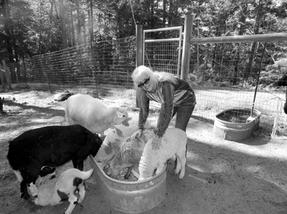 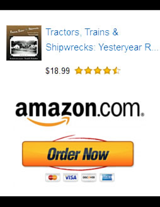 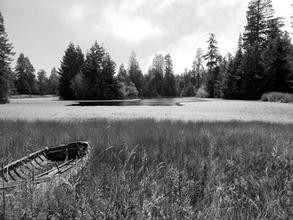 When I received these stories of his, I was startled to discover they were all new to me—I don’t recall him sharing any of these recollections of his when I was growing up. Yet they were still vivid in his memory decades later as he wrote these when in his 60s after ill health had him laid up…a time of reflection when his thoughts returned to his early years, and the adventures he’d experienced on Sonoma’s rugged coast during the 1920s, 30s…and beyond.

Over the years, he had shared with me two of his personal goals: build a dam and write a book. And he did build that dam, here on our land (here it is).

When I think of my dad, I remember him as a man who enjoyed chatting, and was always quick with a joke. While he would put on his suits for meetings of the various organizations he was active in, at home on the ranch he was in jeans, shirt, work boots, and he occasionally wore a straw cowboy hat—he was a man who was happy in both those areas of life.

A key lesson he taught me is the land is what’s most important—you need to do a good job of taking care of it so as to pass it along to the next generation. As Mark Twain famously said, “Buy land, they’re not making it anymore.” My dad would definitely have agreed with that sentiment, and he was an excellent steward as a result. In fact, among his broad professional achievements, many of his endeavors related specifically to this preservation mind-set of his.

So as I enjoyed them myself for the first time, laughing in some places, shaking my head in others, a commitment took root in my heart as I determined to bring this book to fruition on his behalf as, sadly, he died in 1983.

My dad always enjoyed reading about history, locomotives, and ships—so it’s no surprise these are the topics he also chose to write about. His desire to be an author may also have been fueled by the fact his mom was a schoolteacher.

Our family’s ranch was located on Miller Ridge, next to the Kashia (Pomo) Indian Reservation and near the Gualala River, so this is the setting for many of the tales herein.

A NOTE to you, dear reader…